I used to think that the default libraries in the Arduino IDE would be the best available but having come across a couple of cases where this isn't true I would definitely search for better lib libraries now...

What am I talking about? Well the two that have better alternatives are:

The reason why this didn't work for me was because the BIOS on my desktop PC didn't recognize the Arduino Leonardo as a keyboard. So I tried the HID project - which works flawlessly.

This didn't seem to work very well for me, so I tried SdFat. That worked much better. I guess I can understand that the Arduino people don't want to break things by replacing SD with SDFat, but I think they should mention SDFat on their reference page.

I noticed that SDFat has a lot more stars than SD - which I guess is a big clue as to which one is better: 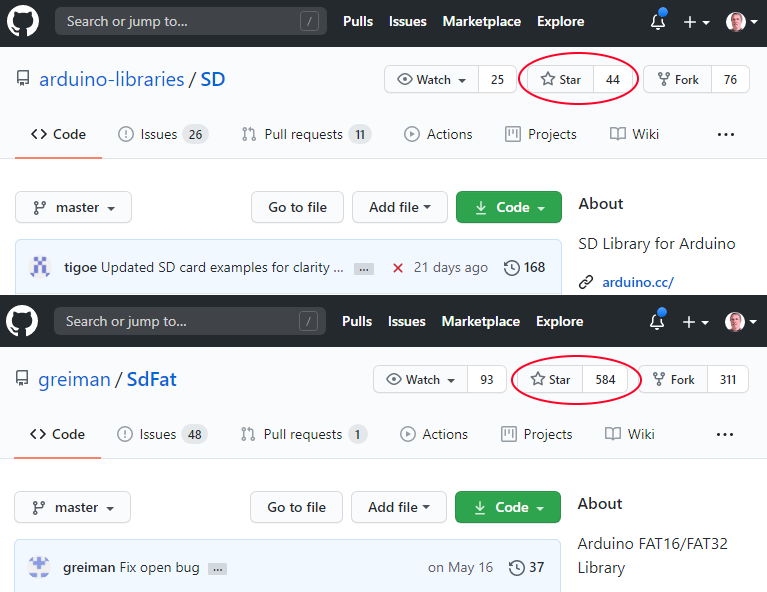